Scott Tinkler is one of the few trumpeters who, if you close your eyes, will make you think that Miles Davis has somehow been reinvented and is performing in front of you. To quote from renowned Australian jazz music critic John Clare, “Scott Tinkler can seem at times to have narrowed it all down to a staccato blaze of squared-off phrases, their peculiar energy and adrenalin race of momentum derived from a kind of sardonic anti-swing. There is something very satisfying about this, but it can also set you up for the surprise of a long, shining, singing note, throttled talking notes and even a curious, half-obstructed wheezing spread of sound not unlike a short wave radio between stations.” Needless to say, Tinkler has a rare talent that marks him as one of the worlds most distinctive trumpet voices and the praise heaped upon him is deserved.

Tinkler has been performing professionally since 1983 and is well known for his many brilliant incarnations as an ensemble player, recording and touring with such groups as The Australian Art Orchestra, Mark Simmonds Freeboppers, Elision and The Paul Grabowsky Quintet.

Tinkler’s Melbourne based Quartet with Grabowsky, Rex and Lambie received rave reviews for live performances and the quartet’s two CD’s “The Back Of My Head” and “Hop To The Cow” both received ARIA nominations. ‘The Scott Tinkler Trio’, with Simon Barker and Adam Armstrong, continued the tradition of excellence with inspired recordings and performances of Tinkler’s strong original music. The trio’s ARIA nominated CD “Dance Of Delulian” was released in October 96 and established Tinkler as a powerful trumpet stylist and composer. Tinkler is regarded by many as Australia’s leading trumpet player and a major force in contemporary music.

In 1997 Tinkler received an Australia Council grant to tour Europe and America. This culminated in the recording of the CD “Sofa King” at New York’s Knitting Factory. On completion of this tour Tinkler spent the next 18 months in Europe performing, recording and teaching before returning to Australia where his Trio’s third CD “Shrike Like” was released.

In April 2003 Tinkler joined his long time associate Paul Grabowsky on a trip to New York to record an album of Paul’s original music with Branford Marsalis, Joe Lovano and Jeff ‘Tain’ Watts. “Tales of Time and Space” was released in 2005 on the Sanctuary (Warner) label to stunning reviews, many highlighting Tinkler’s stellar contribution to Paul’s music.

Tinkler currently has two very active groups, with Grabowsky, Rex and Edie and as Drub with Simon Barker, Carl Dewhurst, Brett Hirst, Philip Rex and Elliot Dalgliesh. Both are playing regularly and recordings are available and soon to be released for both. Tinkler is also performing with legendary indigenous singer songwriters Archie Roach and Ruby Hunter.

Tinkler is also playing live as part of the new Neil Armfield production of “Exit The King“ at the Malthouse, starring Geoffrey Rush. Not only can you hear him playing trumpet, in styles akin to the “Backwards” album, Tinkler also has a small role. 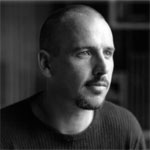