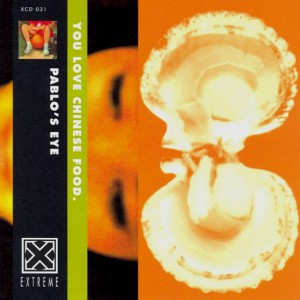 PABLO’S EYE started working as a collective in 1989, a flexible project in which additional members were always welcome to participate. Making music was important but sharing the same artistic attitude was the main focus. Their wish was to remain simple and open by mixing different musical forms, cultures, and ideas; a prime challenge to anyone still not believing in some positive course for the multi-cultural world.

PABLO’S EYE has been able to release several recordings by working on commissioned works including TV projects, videos, documentaries, theatre and dance. As a result 3 CDs were released on their own label Celsius Blanco (all are now out of stock). In 1991 P.E. was asked to make the music of a project on architecture to celebrate the commemoration of the Olympic Games in Spain (“Barcelona, Architects of” – CD on Celsius Blanco Records). In 1992 Traces, the graphics office, wished to make a statement against all kind of excesses due to intolerance and asked P.E. to make the music for a project on religions and devotion (“Devotions” – CD on Celsius Blanco Records), and, with the view of European unification, P.E. worked on the Eureka project at the initiative of President Francois Mitterrand. P.E. has also worked for ZTT Records in London and CBS Belgium.

For “You Love Chinese Food.” a simpler and more direct expression was found. Each individual member of PABLO’S EYE, also involved in other projects, brought their own experience into the recording. Spontaneous collages of sound still determine the way of working. With the help of today’s technology, a strict structure was settled and then gradually built up and filled in with organic sounds and ideas.

PABLO’S EYE, by means of heavily processing imagery based on simple material such as Polaroids and photocopies, try to create in their graphic work the same balance they find in their music. Surreal imagery and distant sounds are brought in to develop the mystery. This particular juxtaposition and surreal quality of both the graphics and the music illustrate the continuity of a tradition in Belgian art well known through the work of artists such as Rene Magritte and Marcel Broodthaers.

PABLO’S EYE don’t really endeavour to be a band, it is more a temporary atmosphere, like a taste, like a dream. As a group, P.E.’s common goal has always been to create a feeling of travelling in time and space by going from past memories to future hopes, by meeting people from all over the globe. This feeling is clearly illustrated in some of their lyrics, fed with an intimate emotional angle; their aims tend to go to universal awareness. You are most welcome to join them.

Music mixed by Edwin Autrique & A.L. (thanks to John).

Cover art by Petra Fieuws & A.L. (thanks to Simon).