Christoph Heemann began sound experimentation in 1983, at 18, when he and Achim P. Likhan founded HIRSCHE NICHT AUFS SOFA (H.N.A.S.) to create an unclassifiable style that blends such elements as Musique Concrete, Noise, Minimalism and Avant/progressive Rock. Simultaneously Heemann and P. Likhan started the record label DOM as a forum for unusual sounds that defy categorisation.

Through the release of the DOM compilation L.P. ‘Ohrenschrauben’, Steven Stapleton (NURSE WITH WOUND) became aware of H.N.A.S. and invited the duo to London to record an album for his UNITED DAIRIES label. While producing the L.P. ‘Melchior’ (UD 018) together between June 1985 and January 1986, Stapleton introduced Heemann to his world of audio trickery. H.N.A.S. have produced numerous recordings since, including 7 albums, a split-L.P. with the Paris based group VOX POPULI!, 2 7″ E.P.’s and several tracks for compilations, and have presented their music in omplicated live performances in Germany, France and Canada.

In 1988, Heemann began to initiate musical projects outside of H.N.A.S. and together with Edward Ka-spel, Silverman (LEGENDARY PINK DOTS) and H.N.A.S. collaborator Andreas Martin, he founded MIMIR. A 2 L.P./C.D. release documents the textural improvisation work of the ensemble that utilises synthesizers and studio electronics as well as acoustic sound sources. Besides having worked as performer and producer on a number of recordings of David Jackman’s ORGANUM, Heemann and Jackman also co-operate on a common musical project called A MOUSE ORCHESTRA. The imminent first release is entitled ‘A lump in your throat’.

In 1991, Heemann completed an album using raw sound material sent by Japan’s Masami Akita/MERZBOW and began a long term collaboration with Chicago composer/performer Jim O’Rourke. So far, Heemann and O’Rourke have produced 2 albums together. Other collaborative projects Heemann is involved in are THE MANDALA CLASS (with Axel Kyrou/VOX POPULI!), SECLUSION (with Japanese duo JACK OR JIVE) and H.N.A.S. (with Andreas Martin). 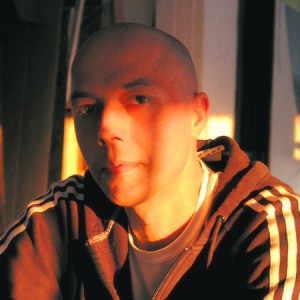