Reyes was born in Uruapan, Michoacan, Mexico, and began his musical studies at the National School of Music, Mexico, (Escuela Nacional de Musica de la UNAM). In 1976 he travelled to Germany and Hamburg, where he studied jazz improvisation with Herb Heller. His active studies in music took him through Turkey, Afghanistan, Pakistan and Sri Lanka. In Sri Lanka he studied percussion and traditional Indian Music.

His experience and encounters with different sounds and musical instruments and their cultures, led him to search for new sounds drawn from prehispanic musical instruments with digital sampling techniques to create a new language with roots in an ageless media. In a manner analogous to his use of Aboriginal wind instruments which are played by continuous circular breathing techniques, live improvisation alternates with live digital sampling to create a continuous flow of music.

The musical projects of Jorge Reyes have grown since the recording of his first album, EK-TUNKUL (1985). The second one, A LA IZQUIERDA DEL COLIBRI (1986) obtained an honourific mention by the Science Academy of the, then, USSR for its contribution to the Latin American Musical genre. COMALA released in 1987 was considered the best work in electro-acoustic music. His other works include VIENTO DE NAVAJAS (1988), PREHISPANIC MUSIC (1990) and CRONICA DE CASTAS (1991). BAJO EL SOL JAGUAR (1991) was realised in collaboration with the Spanish guitar player Suso S?iz. His ninth release is SUSPENDED MEMORIES, FORGOTTEN GODS (1992). This album was recorded in collaboration with Suso S?iz and the American musician Steve Roach. EL COSTUMBRE (1993) was realised in affinity with the customs of the Huichol Indians of Mexico. Performing on this release are Steve Roach, Juan Carlos L?pez and Elmar Schulte.

Other works of Jorge Reyes are used in Radio and Television programs. His most well known concerts are performed at the sites of different archeological zones such as Malinalco, Teotihuac?n, Templo Mayor, Chich?n Itza and Tenango del Valle. He also has given many concerts at the Espacio Escult?rico, a cultural centre at UNAM, collaborating with the dancer and choreographer Regina Quintero.

In 1991, he organised the 1o Encuentro International de M?sicas Visuales in collaboration with UNAM. This festival involved the participation of five musicians from Spain, Venezuela, Germany, United States and Mexico. The festival is now an annual event. Reyes has participated in the Festival de Neuvas M?sicas in San Sebastian and in Lanzarote, Canary Islands, both in Spain. In the Ubersse Museum from Bremen and in the Klang Art Festival in Germany, in the Festival de Musica Electronica from Caracas, Venezuela, and in numerous other concerts in Yugoslavia, Spain, Germany and the United States. 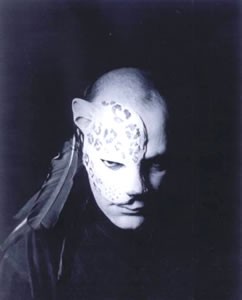