Formentini played his first note on a piano at the age of 10 and commenced playing guitar at the age of 14.  At this same age he founded his first band, Modus Vivendi, and from that moment on his musical activity has been dedicated to only playing original compositions.

From the very beginning he has understood how difficult it can be to explore and capture all the musical intuitions he was feeling while working in a “band” context.  As a consequence he kept his composing efforts in two different contexts: the band and the so called “private music”.  The bands have included some notable members, including Francesco Renga (winner of the 2005 San Remo Song Festival) and Cristian Piccinelli (now an arranger for the most important pop singers in Italy) along with Tom Fleury, Francesco Ferrari and Roberto Kovre.

In 1999 Formentini ended his involvement in bands to dedicate himself to solo works and open collaborations. Since that time he has had the chance to work, perform and record with many other talented musicians.  It’s very interesting to note how many different contexts (and countries) these artists come from, ranging from new-wave to classical music. They include Holger Czukay (Germany) and Jean-Fracois Zygel (France), along with Steve Lawson (UK), Markus Stockhausen (Germany), Frank Vigroux (France), Steve Jansen (UK), Theo Travis (UK), Rick Walker (USA) and Tellef Ogrim (Norway).  With many of them there is an ongoing collaboration that has continued to develop through recordings and live gigs.

Formentini’s live performance, both solo and in an ensemble, is an instant composition, adding and crossing layers of sound, and is characterized by everything being done in real time with nothing pre-programmed and using electronics as an additional instrument. He samples and loops his guitar “on the fly” and builds on this with voice, thumb piano, micronoises and whatever is happening around him. With his strong improvisational attitude, Formentini aims to give a personal voice to the space, looking for its resonances and voids, its subtleties and characteristics.

Formentini has performed solo and in ensembles in Art Galleries and Museums, Theaters, Churches, Festivals, woods and on the Alps at 2700 metres…  He has toured throughout Europe and USA as a solo artist and together with ensembles. Formentini is regarded as one of Italy’s premier contemporary composers and ambient musicians.

Formentini is a very distinctive guitar player, decidely more interested in the evocative potential of sound rather than the virtuosity of playing.  He often refers to the guitar as “a tool” that he uses to create a raw sound which is later processed via many electronic treatments.  His predominant use of fretless guitar is not just for the different sound but mostly because of the different expressive potential.

During his recordings he also shows a balanced use of acoustic elements.  He loves to say that his instrument is sound in itself, because that is the very instrument through which it is possible to create an emotional reaction.

Another important point is what Formentini thinks about silence; about what silence has to be today to produce the same experience as what silence is supposed to be. His latest album “Tacet” represents a first step in the exploration of this direction.

–Biennale di Venezia – Sounds for the video of Albano Morandi.

-MusicArt Festival – Live soundtrack for the remake of “Film” by Samuel Beckett, curated by the Free Academy of Arts.

–The Hidden Sound – A project based on recycling sculpting sounds – Milano, Palazzina Liberty.

–A Year from Cage –  24 hours of music for the anniversary of the birthday of John Cage – Milano, Out Off Theater with Steve Piccolo, Giancarlo Schiaffini, Daniele Cavallanti, Tiziano Tononi & Armando Battiston. 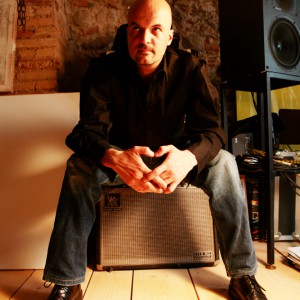