Marc Hannaford began performing professionally on the piano in 2001 and has already amassed an impressive list of performance, composition and education credentials.  At just 24 years old Marc was awarded 2nd Prize in the 2006 National Jazz Awards, which is open to any improvising pianist in Australia under the age of 35.

2007 has seen him included as one of the four national finalists under 35 in the Music Council of Australia’s prestigious Freedman Fellowship as well as one of three nominees for the Australian Jazz ‘Bell’ Awards Young Jazz Musician of the Year. Marc’s composition ‘Out and Out’ was nominated as a semi-finalist in the jazz category of the 2006 International Song Contest.  He was one of four jazz composers to be nominated for the 2006 Melbourne Jazz Fringe Festival’s annual commission, and in 2004 was commissioned by the Half Bent Winter Music Festival to present a suite of new music for septet. He has also composes regularly for Melbourne’s premier large ensemble devoted to original music: the Bennetts Lane Big Band.

He has presented music as part of Australia’s vibrant improvised music, multimedia and jazz scene under the banner of organizations such as The Wangaratta Festival of Jazz, The Stonnington Jazz Festival, The Melbourne Jazz Fringe Festival, The Melbourne Jazz Co-operative, The Make-It-Up Club, The Sydney Improvised music Association and many others.

In 2006 he received a ‘Skills Arts and Development’ Grant from the Australia Council of the Arts to travel to Brisbane for intensive study with violinist John Rodgers, drummer Ken Edie and saxophonist Elliot Dalgleish.

In 2005 Marc was awarded an Australia Council of the Arts bUZZ grant for a recording of original music with his septet. The resulting record, ‘Parallels, Layers’ has been received with much acclaim from within the jazz community.

Marc has been called ‘…an important voice on the Australian scene.’(Paul McNamara), and also had his music described as having ‘complex, asymmetrical time-feels (with) carefully layered instrumental parts.’ (Jessica Nicholas – The Age, 1/09/2004).

Marc has performed both as a sideman with such well-known musicians as saxophonists Dale Barlow, Jamie Oehlers and Julien Wilson, trumpeters Miroslav Bukovsky, Scott Tinkler and Eugene Ball, and drummers Ken Edie, Ronny Ferella and Alan Browne.  He has also appeared in such ensembles as the Scott Tinkler Quartet, the Bennett’s Lane Big Band, Jamie Oehlers/Marc Hannaford Monk Project, Eugene Ball’s Messiean Ensemble, The David Rex Quartet and the multi-media ensemble The Maximalists.

Marc is currently working on projects in solo, trio, quintet, septet and big band formats. He has resided in Melbourne, Australia since 2003 and during this time he has become regarded as one of the most prominent and inventive musicians in the city.  He tours and performs regularly, bringing his boundless talent and energy to audiences across Australia. 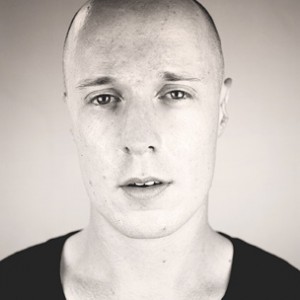