Masami Akita was born in 1956 in Tokyo, Japan. His name is stated in the western tradition of first name followed by the family name due to him being well known internationally for his music.

Akita is a graduate of Tamagawa University, Art Department, and majored in Painting & Art Theory.

Upon completing his degree, Akita commenced work as an editor of several magazines. He subsequently became a freelance writer for several books and magazines.

Akita’s favourite areas of writing are art, avant-garde music and post-modern culture. He has become a renowned writer in the field of bondage, S&M and fetish culture.

Akita formed the premier Japanese Noise group Merzbow in 1979. Merzbow have released over 200 recordings, on tape, LP and CD, to date.

Akita has worked with many different media such as video, film and CD-ROM, both in the directorial and soundtrack role. He has also developed performance works and art installations involving butoh dance and other Japanese cultural forms.

Merzbow commenced playing live in Japan in 1981, both solo and with many other Japanese and international artists. Merzbow toured Russia in 1988, USA in 1990, Korea in 1991 and Europe in 1989 and 1992. Since then, Merzbow have continued to play live and now tour regularly throughout Europe and USA.

Upon completing his degree, Akita commenced work as an editor of several magazines. He subsequently became a freelance writer for several books and magazines. 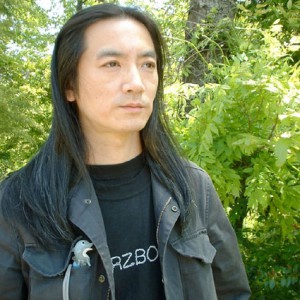