For more than two decades, MUSLIMGAUZE has been creating their own mix of Western and Eastern cultures. Influenced by the Middle East, where music, culture and politics are inseparable, their releases are interesting musically as well as thought provoking politically.

This Manchester based group started in the “post-industrial” eighties with the first project being EG OBLIQUE GRAPH, with a cassette release in 1982. They evolved into MUSLIMGAUZE as a response to Israel’s invasion of Lebanon. Before that time they were just interested in music but at that point they turned their attention to politics. This influence has remained a constant in their music.

With each release being influenced by the politics and figureheads of Iran/ India/ Afghanistan/ Libya/ Lebanon and, of primary concern, the Palestinians and the P.L.O., there has been and continues to be a constant source of inspiration for MUSLIMGAUZE. They also listen to traditional Middle Eastern, Japanese and Indian music and acknowledge the influence of such contemporary artists as CAN, T.G., WIRE, FAUST, NEU and other German electronic music.

The members of the group have remained enigmatic to the public, but the driving force has always been Bryn Jones. Having previously been a graphic designer, he took up a career in music as a consequence of being a part of the ground breaking evolution of punk and industrial music in the late 70’s. Throughout the years, Jones, as the leader of MUSLIMGAUZE, has produced unique and challenging releases, where influences transcend boundaries. Various musicians have been contributors on different releases but it has been the vision of Bryn Jones that has created the identity of MUSLIMGAUZE.

The first MUSLIMGAUZE release was an L.P. called “Kabul” in 1983, this being influenced by Russia’s invasion of Afghanistan. This was soon followed by “Hunting Out with an Aerial Eye” in 1984 and numerous releases on L.P. followed, many having been issued by the group’s own label, LIMITED. MUSLIMGAUZE signed to EXTREME in 1990 and this saw the release of “Intifaxa”, the first of many landmark releases on the label. Since then there have been three more albums released by MUSLIMGAUZE on EXTREME, “United States of Islam” in 1991, “Zul’m” in 1992 and “Citadel” in 1994. This has been augmented by the CD single “Bhutto” in 1992 and the EP “Infidel” in 1994. Each release on EXTREME has shown a development and a diversity to the music of MUSLIMGAUZE.

Bryn Jones has said, “The music can be listened to without an appreciation of its political origin, but I hope that after listening the person then asks why it’s called what it is and from this finds out more about the subject. It’s up to them. Go out and discover.

On January 14, 1999 Bryn Jones (Muslimgauze) succumbed to a severe case of pneumonia, brought on by a rare fungal infection in his blood stream that had seriously depleted his immune system. Bryn Jones died at the age of 38 but through is music he has created a legacy that few will forget. He is missed by all who knew him and his music. 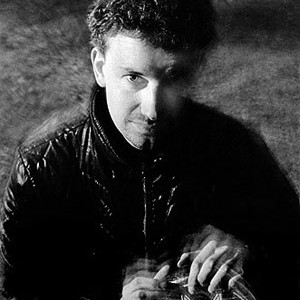