Phill Niblock is an intermedia artist using music, film, photography, video and computers. He makes thick, loud drones of music, filled with microtones of instrumental timbres which generate many other tones in the performance space. Simultaneously, he presents films / videos which look at the movement of people working, or computer driven black and white abstract images floating through time. He was born in Indiana in 1933.

Since the mid-60’s he has been making music and intermedia performances which have been shown at numerous venues around the world among which: The Museum of Modern Art; The Wadsworth Atheneum; the Kitchen; the Paris Autumn Festival; Palais des Beaux Arts, Brussels; Institute of Contemporary Art, London; Akademie der Kunste, Berlin; ZKM; Carpenter Center for the Visual Arts at Harvard; World Music Institute at Merkin Hall NYC.

Since 1985, he has been the director of the Experimental Intermedia Foundation in New York (www.experimentalintermedia.org) where he has been an artist/member since 1968. He is the producer of Music and Intermedia presentations at EI since 1973 (about 1000 performances) and the curator of EI’s XI Records label. In 1993 he was part of the formation of an Experimental Intermedia organization in Gent, Belgium – EI v.z.w. Gent – which supports an artist-in-residence house and installations there.

Statement by Phill Niblock: In the mid 1960’s, I was riding a two stroke, Yamaha motorcycle up a long mountain slope in the Carolinas, stuck behind a diesel engined truck. Both of our throttles were very open, overcoming the force of gravity. Soon, the revolutions of our respective engines came to a nearly harmonic coincidence. But not quite. The strong physical presence of the beats resulting from the two engines running at slightly different frequencies put me in such a trance that I nearly rode off the side of the mountain. 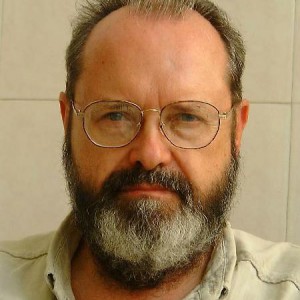