Robert Vincs performance practice spans a diversity of contexts that include improvised and jazz based music, cross-media performance, experimental and popular music.

Vincs has performed in the US, Europe, Asia and Australia in a variety of performance contexts specializing in music for contemporary dance.  In 2002 Vincs was awarded his PhD and continues to combine his research and his musical performance toward finding ‘freedom’ in the music.

Vincs’ performance career started early as a member of Separate Tables / Girl Overboard between 1983 and ‘86. It was during this time that he became a major exponent of the Fairlight CMI (computer music instrument) leading to his sounds being used by Thomas Dolby and Kate Bush. One of the highlights of those early years was as part of Girl Overboard, playing as support for John Farnham’s ‘Whispering Jack’ tour of 1986.

Vincs has composed for dance, theatre and film.  Highlighted compositions and sound designs for dance include: 1+X= Mid-range Projection (Seoul Contemporary Dance Company), Torque: an occasion,  Kim’s Style Guide for the Kinesthetic Boffin, Dances From Hell, Fresh Start (Winning Best Dance Program award -Melbourne Fringe Festival), Dances From Hell (one of five pieces selected nationally to be performed at the launching of the Australian Choreographic Center), Festival for a Quiet Life, Unfunded Liabilities, Dislocations*, Sometimes, I can see forever…*, Boulevard Bay*, Earth* (*Co written with Sue Johnson and Serge DeLeucio).  Theatre and film pieces include The Man from Muckinupin, Concepts Incorporated, Nancy Wake, The Facts of Life Down Under, The Apprentice Time Traveler, Nan’s in a Box, Fair Treatment and Ambiguous Genitalia. 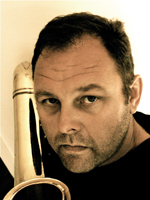