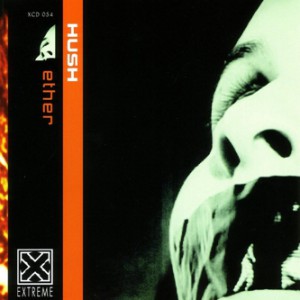 The path Ether has chosen to explore on HUSH makes you wonder just how far rock music can go. So few groups make music that is truly powerful but Ether is a vibrant exception.

Absorbing influences ranging from Kraut rock to world music, Ether reveals a range of emotions that are liberating, rewarding and at times intimate.

Their polyrhythmic drumming, a signature for the group, talks on many levels. James and David create solid grooves that exult in their tribal roots. Eli works his guitar into a frenzy and Thane hammers the bass guitar like it was a primal percussive weapon going into battle alongside the drums.

While all of this is happening in a loosely bound chaotic vortex, Ryley is layering the music with loops, snarls and found sounds. The result is distinctly cinematic and helps to further define the Ether sound.

With all of this energy and originality, it is not surprising that Ryley and Alan Sparhawk, of Low, started their first band together so many years ago in a garage in Salt Lake City.

HUSH is a further display that Ether has found the power and creativity of rock music. All you have to do now is turn up the volume and be absorbed.