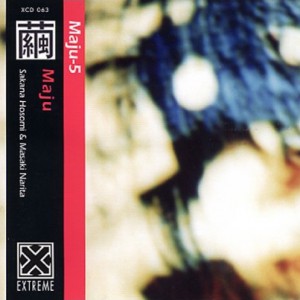 “Maju-5” shows this Japanese duo of Sakana Hosomi and Masaki Narita at the height of their musical powers. Maju have managed to find the “human spirit inside the machine”.

Equipped with samplers, effects and laptops and a sensibility that is unique to Japan, Hosomi and Narita continue to forge their enveloping alchemy in a way that is achingly beautiful.  Their effortless interaction only heightens the truly special music they create.

“Maju-5” has escaped the realms of fashion to create a music that is timeless in its magnificence.  It is a pure and personal expression that rewards and surrounds the listener.

The duo that is Maju, Hosomi and Narita, has been working together for nearly a decade.  Their music shows a great kinship and mutual understanding that results in a true harmony of musical vision.

“Maju-5” is a musical journey that you will want to go on forever.