Dario Buccino, composer, instrumentalist and vocalist, was born in Rome in 1968 and has lived in Milan since 1994.

Starting in 1991 he has elaborated the HN System, a system that integrates notation techniques, performing techniques, composing techniques, and is based on the parameterization of physical actions.

From 1993 he has directed the ensemble Laboratorio Aperto Fatti Sonori (now named Ensemble HN) which he himself founded for the performance of his works.

In 1994 he received an official invitation to the Internationale Ferienkurse für Neue Musik of Darmstadt to illustrate the HN System.

In 1997 he extended his application of the HN System to include sheets of steel. 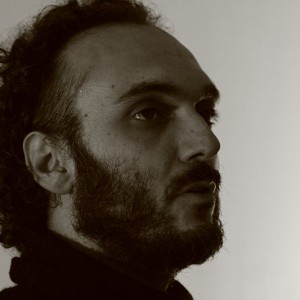