Richard Levy Award in recognition of outstanding musicianship, 1988 – composition for the Horn Sextet of the Boston Opera.

Berklee College Award for Composition – “Monzoli”, based on a pygmy vocal line.

Bassist from Iceland recorded his first album with his group PAX VOBIS in 1984, followed by years of extensive work, appearing on over 30 albums. Working with composer/trumpeter Leo Smith opened up new ideas in improvisation and inspired Sverrisson to go abroad and study composition and improvised music.

In 1987 Sverrisson attended Berklee College of Music in Boston where he received his B.M. degree. During that time he quickly became a first-call bassist in the music scene performing with several notable artists such as Bob Moses, Danilo Perez, Wolfgang Muthspiel and Mino Cinelu and started his ongoing collaboration with multi-instrumentalist Carsten Tiedemann.

In 1989 he joined Sony recording artists FULL CIRCLE and recorded with them the critically acclaimed album “Secret Stories”, voted best jazz album at the Boston Music Awards, and has toured with them in both Europe and U.S.A.

For the last four years Sverrisson has been living in New York, where he has been active in the New Music Scene performing with Arto Lindsay, Nana Vasconselos, John Lurie and recording with acclaimed producer Peter Scherer.

and 1991(as Music Director) with MIT Jazz Ensemble. 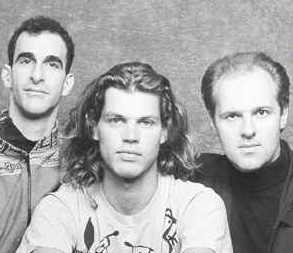