Robert Rich’s music blends influences from Africa, Indonesia and India with electronic soundscapes, ancient tunings, and the cyclic melodies of minimalism. He has performed in caves, cathedrals, planetaria, art galleries and concert halls in Europe, Canada, and the USA.

His all-night concerts for sleeping audiences have become legendary in the San Francisco Bay Area. During the last decade he has recorded almost a dozen albums. His critically acclaimed collaborations with Steve Roach have helped define a new style of electronic trance music.

Robert Rich began building his own synthesizers in 1976, when he was 13 years old. He soon began experimenting with sustained sound environments and improvised music. In 1982, he recorded his first album, Sunyata, and performed his first Sleep Concert at Stanford University.

While Robert was earning a degree in Psychology at Stanford, he studied for a year at CCRMA, the Center for Computer Research in Music and Acoustics. While at CCRMA he began working with just intonation, a tuning system based on the harmonic series. He continues to work primarily in just intonation, and has written articles on the subject for magazines worldwide. Robert has also worked closely with electronic instrument manufacturers to further the state of the art.

He has written software for composers working in just intonation, and helped develop a microtuning specification for synthesizers, which has been accepted as an industry standard. He has also participated in sleep research at Stanford University with Dr. Stephen LaBerge, and has developed electronic devices for sleep monitoring and Lucid Dream induction.

Robert’s wide-ranging activities combine in his music to create a world of primordial mystery, yearning and intense beauty. Electronics merge seemlessly with primitive instruments in a lush atmosphere of animal calls and natural elements. Above it all soar the floating melodies of bamboo flutes and steel guitar.

Within the fabric of this hypnotic journey, Robert weaves a thread of connection between human cultures both past and present, near and far. 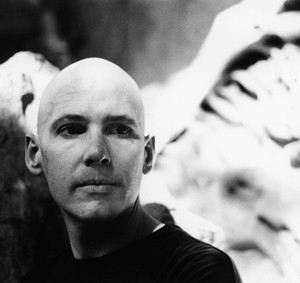