VIDNA OBMANA, the Belgian composer (aka Dirk Serries), creates and performs atmospheric music in all its aspects. His definition of composing atmospheres (since 1988) is that of working in respect for each separate sound and colour towards the whole composition.

VIDNA OBMANA’s work can roughly be divided into three separate artistic periods. The first was the pre-1990 post industrial stage. The second was the minimal, droning atmospheric period, centred around the “ambient trilogy”, and now he has entered the tribal-influenced atmospheric phase.

VIDNA OBMANA’s ambient trilogy allows little or no interference of more conventional or recognisable sources. “Passage in Beauty”, “Shadowing in Sorrow” and “Ending Mirage” introduced a refined compositional technique to express and explore atmospheric music with its own identity. All 3 releases presented have no real rhythms or real melodies, only structures wherein sounds and their colours are bound.

In contrast to this, VIDNA OBMANA composed “Echoing Delight”, his first album for EXTREME. This work shows VIDNA OBMANA’s interest in combining electronic with acoustic sounds, such as percussion, bells, gong, vocals and didgeridoo, and increases the variety of styles and moods in his work. Guest musicians on this release were Djen Ajakan Shean and Tom Kloeck. “Echoing Delight” has also been performed live in Europe.

The following is a selection of existing and upcoming releases:-

(with Sam Rosenthal, on PROJEKT, USA) 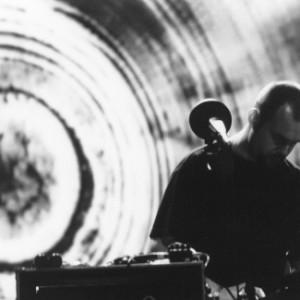