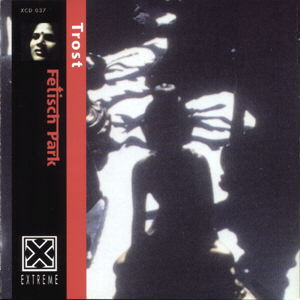 From 1990-94, Marlon Shy realised her photographic project “Kamatipura – silent portraits from the brothels of Bombay”. The quarter of the prostitutes and the brothels is well known. The area is also well known for its variety of people from many ethnic groups. The people come from all over the country: from the deserts and the plains; from the mountains and the seaside; and from the holy places and the busy cities. The sound of many languages is around you and the air is filled with religion and culture.

“Trost” (comfort) is a personal response to the question: What’s behind the suffering and the hope? Maybe it’s the old religious dilemma with my favourite good guy/bad guy Shivparvati (half male/half female)? Maybe it’s a calming numbness or the sweetest humming in all these minds…

Like a simple meditation, it took years to find a specific answer. Parallel to Marlon’s visual work I tried to look behind the facade with the help of my sound research.

If I was full of inspiration back home in Germany I listened to the foreign sounds and remembered the strange places where we were but there was something missing – the strong feeling of my family roots which I had in a country where the roots of the family are everything. I combined the foreign sounds, the acoustics of Bombay, with my family recordings of three decades past and the story came together.

“Trost” is dedicated to my father.

Recorded in the RED SHIELF HOTEL, Bombay, and in Cologne by FETISCH PARK