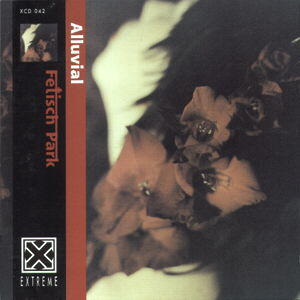 When Fetisch Park were in Thailand they spent a great deal of time listening to the songs of the prostitutes in the accommodation they shared. To produce “Alluvial”, Carla Subito of Fetisch Park brought home the recordings of their siren-like singing and recomposed the music around their voices.

The prostitutes congregate in Bangkok’s Malaysia Hotel, a famous meeting point for people of all kinds from all nations. Businessmen rub shoulders with junkies and gangsters sit together with monks. Twenty-four hours a day, 365 days a year, hundreds of girls ply their trade, watch Thai-dubbed Stallone and Schwarzenegger action movies and sing songs to pass the time. They were quite perplexed when Carla would rather listen to their songs than have sex.

Fetisch Park also spent some time in Chiang Mai, in the heart of the Golden Triangle. The Chiang Mai Guesthouse was run by a remarkable transsexual called French Frie who would sing songs in northern Thai slang. French Frie’s voice features on “Alluvial” on the track “Blow”.

“Alluvial” moves at a relentless pace for the first half of the album, offering no respite. The songs segue into each other, with tracks like “Gradation d’humour” almost imploding as loops grind themselves to an early death. It’s like being driven into the unknown against your will. And just when you it seems there is no light at the end of the tunnel, “”Cargo”” slows the tempo and caresses you like the shifting sands of the river bed.

Since the disturbing ambience of “Trost” and the manic techno of “Sporen/Binumb”, Fetisch Park has been writing more conventional songs but with unusual twists. Dense electronics and collage have given way to seductive vocals, sharp electro-percussion and heavy beats. The combination is distinctive and sees Fetisch Park exploring new musical terrain.

Thanks to Jaki Liebezeit for additional percussion on Blow, Roger Richards for brainstorming and the management of the Malaysia Hotel, Bangkok for their kind support.