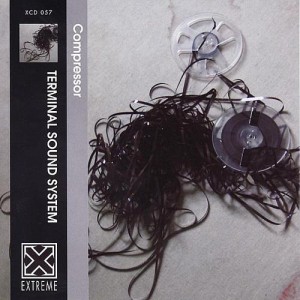 Imagine if Miles Davis, Sepultura and Karlheinz Stockhausen had the opportunity to work their magic on the phenomenon of Drum’n’Bass. It could well have sounded like “Compressor” by TERMINAL SOUND SYSTEM.

Davis often absorbed new styles of music and made them his own. That’s exactly what Australian artist Skye Klein, under the guise of TERMINAL SOUND SYSTEM, has achieved with “Compressor”.

“The thing I love about Drum’n’Bass is the sounds,” explains Skye. “I wanted to escape from the formula that has made the music so predictable”. There is no doubt that he has achieved that with “Compressor”.

Drum’n’Bass is most obviously about the drums but the bass is also a feature. “Compressor” has a rich sonic texture that does justice to the genre and also acknowledges Squarepusher with reverence.

Skye obviously likes more than just the sounds of Drum’n’Bass. He grew up playing in metal bands and gained his ‘metal credentials’ in the acclaimed group HALO, a hybrid doom metal band that wasn’t afraid to bring the noise! So, it’s not surprising that the occasional metal power chord riff finds its way into the mix.

“Compressor” is a creative and confident album that rewrites the possibilities for Drum’n’Bass and playfully shows off its musical influences. It’s experimental, it’s dynamic and it declares that Skye has a carved out a new sound to repeat his previous success. TERMINAL SOUND SYSTEM has arrived.